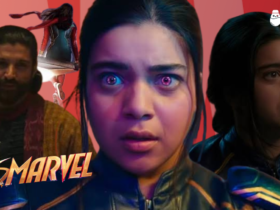 World Food Day is celebrated on the 16th of October. Honestly, everything has its day and we can’t catch up anymore. However, Food definitely deserves its own day to be celebrated. Although, every other day of the year is definitely food day.

We keep wondering who comes up with these days and where does it all start? Turns out, World Food Day was kicked off by the FAO (Food and Agriculture Organization) in the year 1979 to remembering the founding of FAO way back in 1945.

It’s nice to know the significance of these events rather than blindly celebrating them. Since Food is loved by one and all and we can’t help but drool over the most delicious recipes no matter where they’re coming from, we thought we’d do a round-up of the most viral and popular recipes coming from celebrities from around the world and some notoriously from TikTok. Here are famous recipes that nobody could resist recreating.

The images of this recipe that went viral courtesy Gigi Hadid (a supermodel) has no doubt been recreated endlessly. The fact that this spicy Gigi Hadid pasta has Vodka as a special ingredient and mostly features tubular pasta like Rigatoni makes it one of the most mouth-watering famous dishes that you must try at home if you haven’t already.

A Dalgona recipe is once again in the news thanks to Squid Game. This time, everyone’s making Dalgona Candy in different shapes to recreate the honeycomb game in the popular Netflix K-Drama ‘Squid Game’. Also called the Dalgona Honeycomb Toffee Korean, it’s made from Sugar and Baking Soda and is now officially viral online.

Have you seen the one-pan Baked Feta Pasta dish where a block of Feta Cheese is melted with Pasta and Cherry Tomatoes and baked to make a gooey, cheesy pasta dish like never before? Let’s admit it, most of the viral recipes may look fab but are actually disgusting and over-the-top if you really think about it. Especially some of the TikTok recipes, street food recipes, and the Tasty or 5-minute crafts recipes. But this TikTok Feta Pasta recipe actually originated in Finland and has even been featured on some of the biggest food blogs including the Wall Street Journal, the NY Times, and the Huff Post. And even though an entire block of Feta Cheese may seem unhealthy, Feta is one of the healthier cheeses and this recipe is definitely a must-try for home cooks.

Best Pubs In Bangalore For Your Weekend Drinks