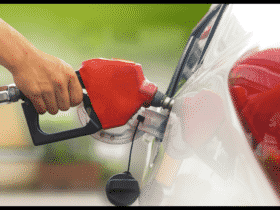 Delhi Petrol Price To Reduce By Rs 8 From December 1

After a six-month hiatus, theatre viewing appears to have resurfaced, with the Maharashtra government announcing that cinema halls will reopen next month. Even though other states have previously allowed theatres to reopen, only a handful of Hindi films have premiered in the last few months, despite Maharashtra being the largest market for Bollywood films. Moreover, there are so many upcoming Bollywood movies in 2022 that it is hard to count.

As soon as the government announced the decision on Saturday, the makers of 14 Bollywood films — ranging from Sooryavanshi to 83, from Laal Singh Chaddha to Heropanti 2, from Prithviraj to Bachchan Pandey – disclosed release dates. Therefore, resulting in a fully booked movie calendar through 2022. Moreover, the announcements haven’t slowed down yet. If you haven’t been able to keep track of which movies are coming out this year, have a look at the list below.

The film starring Ranveer Singh depicts India’s journey to winning the 1983 World Cup. It was originally scheduled to be released on April 10, 2020, and then on December 25, 2020. Moreover, now the much-anticipated sports drama, directed by Kabir Khan, is set for a Christmas release this year.

The remake of the iconic American film Forrest Gump, starring Aamir Khan and Kareena Kapoor Khan, was long rumoured to be slated for a Christmas release. However, the producers have officially revealed that the drama will premiere in theatres on Valentine’s Day, 2022.

Shamshera, Ranbir Kapoor’s first film in three years after Sanju (2018), has been given a release date. The period actioner is produced by Yash Raj Film and will be released on March 18, 2022. Moreover, the film is directed by Karan Malhotra starring Vaani Kapoor and Sanjay Dutt, is billed as an”adrenaline-pumping entertainer.”

Still, confused what is Squid Game? Get all your answers here!

Jersey, starring Shahid Kapoor is based on the Telugu blockbuster of the same name and is going to release on December 31. However, the film was originally set to be released on Diwali and it is directed by Gowtham Tinnanuri.

Jayeshbhai Jordaar, starring Ranveer Singh in the title role, is all set to release in theatres on February 25, 2022. Moreover, Shalini Pandey, who starred in Arjun Reddy, also appears in the film. The family entertainer Jayeshbhai Jordaar is set in Gujarat and stars Singh as a Gujarati man who becomes an unlikely hero.

Prepare for the shivers in this! Kartik Aaryan and Tabu starer Bhool Bhulaiya 2 is all set to release on November 19. It is a remake of the horror-comedy starring Akshay Kumar and Vidya Balan.

Moreover, we have more upcoming Bollywood movies in 2022-