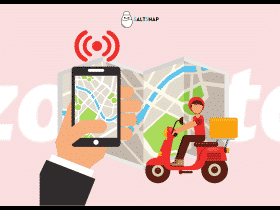 Zomato IPO: Is This A Turning Point For Indian Startups?

Pictures and videos of devotees swimming in the Yamuna river in Delhi, which was covered with a thick layer of hazardous Yamuna water foam, have become popular on the internet. On Monday, as part of their four-day Chhath Puja rituals, devotees offered prayers along the foam-coated Yamuna near Kalindi Kunj (November 8, 2021).

The temperature in Delhi has dropped in recent days, but it’s still not low enough for snow! Despite this, the Yamuna river in Delhi is covered in a white substance that resembles floating ice. With each year, water pollution in Yamuna river is increasing.

It isn’t snowing, though. As a result of water pollution, a layer of hazardous foam has formed on the river’s surface. Also, known as toxic foam in the Yamuna river.

The pollution is largely due to discharges from enterprises and factories. Moreover, as a rise in the river’s ammonia level to 3 parts per million.

Water delivery in some parts of Delhi was disrupted over the weekend. Moreover, it is still disrupted due to a rise in ammonia levels in the Yamuna river pollution.

On the first day of Chhath Puja on Monday, some devotees took a plunge in the foam-coated Yamuna river. And their photos went viral. Moreover, exposing themselves to the poisonous water.

This isn’t a new sight; toxic froth from the Yamuna has been a concern in Delhi previously.

People from Bihar and eastern Uttar Pradesh participate in Chhath Puja. The festival entails praying to the sun god in knee-deep water. The rituals take place over the course of three days.

However, according to local officials, the pollution disrupted water delivery in a portion of the city. However, they did not specify how many families are in affect.

In a statement issued on Sunday, Raghav Chadha, vice-chair of the city’s water authority, stated, “I would like to thank the affected residents for their cooperation.”

“Our officers and engineers are working around the clock to keep Delhi residents’ water problems to a minimum.”