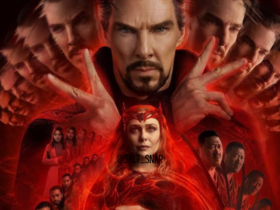 Some crave thrill in their life, While so many don’t believe in Ghosts but there are many who enjoy listening to and watching horror content. Paranormal activity still remains a mystery to the world. There are numerous questions about whether Ghosts really exist or about where people go to after death. Is after-life true? If someone’s wishes remain unfulfilled, do they still roam around as vengeful spirits? Some people who thrive on adventure often visit some haunted places to explore, despite the strange fear in their heart. Here are Top 5 haunted places in India to visit with people who are interested in paranormal mysteries

While Libraries are famous for their collection of books, this library is famous for its mysteries. This 250-year-old building has a room that no one knew about. This chamber has been untouched for over two centuries and still, no one knows what is inside it. There are stories that say that there is the supposed ghost of Warren Hastings who comes riding a horse to Hastings House and the spirit of Lady Metcalfe that you might find sashaying down the corridors in the National Library of India.

This fort is located in the Alwar region. What’s surprising is that this is the uninhabited town of Bhangarh. This is considered as one of the most haunted and dangerous places that the archaeological Survey of India has legally prohibited anyone from entering the fort after dark. The story behind the haunted fort goes back to the 16th century where a tantric falls in love with the beautiful princess of Bhangarh. He tries to use magic to seduce her and ends up getting caught by the princess who sentenced him to death. Before dying, he cursed the palace to doom and the town to be miserable. Since then this place is considered to be haunted.

This film city is not just famous for films but also famous for its haunted stories. Many people aren’t aware that the film city was built over the remains of the dead soldiers of the Sultanate. Some say that there are restless souls that haunt the film set too. There are stories that say that stuntmen get injured in accidents and even equipment often gets destroyed. Meanwhile, other stories say Women have had their clothes torn. They have also been locked in rooms.

This beach in Gujarat is famous for several mysteries. It used to be a Hindu burial ground. Also, there are stories that say that there are restless spirits roaming around which call out to visitors taking midnight strolls. There are cases wherein some visitors have disappeared from the beach forever.

This is an architectural masterpiece and also provided by ASI. Many localities say that this place is haunted and there have been incidents where visitors are followed by shadows. Tourists also have said about this. Their feeling of being followed makes this place very mysterious and scary.

Also read, Here Are 5 Mysterious Temples of India That Will Blow Your Mind