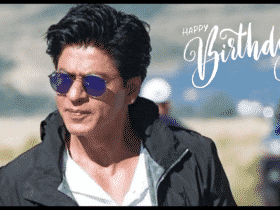 Not many of us know who Tim Bergling is. But all of us have vibed to his songs. Tim was popularly known as Avicii and created so much amazing music which we still listen to and enjoy. His passion for music and art is undeniable. But he died at a very young age. He was battling mental health issues and didn’t cope well with the immense pressure. He was one of the young artists who made it big in their early days. Let’s remember Avicii’s Top 5 Musical Hits on his 32nd Birth Anniversary.

This is Avicii’s lead single from his debut album. It was released in 2013. For the first time, this song was introduced on the live stage at Ultra Music Festival Miami. It has been named the highest-charting dance track of the decade. It is often called a summer anthem too. The lyrics are touching and the visuals are perfect. It’s a song that definitely makes it into your favorite playlist.

This is a dance song that was released in 2013 from an Album named True. Meanwhile, this song is about advising the younger brother. The lyrics tend to connect to you. In addition to the lyrics, the musical beats are a treat to the ears. Also, it is often played at parties since it sets the space with a different vibe. Meanwhile, the music video has its own story to tell. Moreover, this makes it one of Tim Bergling’s best videos to watch.

It is one of the tracks which will make you get hooked on it instantly. The lyrics hit deep into your heart. The music and its vibe make it even better. Besides, this track was first heard at Ultra Music Festival 2015. Meanwhile, this song is a comfort song and will and will make you feel better. Also, this song was the lead single from Avicii’s second studio album.

This is one of the most heartfelt musical videos released. In addition to the positive aspects, the lyrics and music are incredible. This song was released in the year 2015 from his musical album called Stories. Also, this song contains elements of Country music. Meanwhile, one of the best things about Avicii’s music is that you connect to the lyrics, music and you will vibe to its beats.

This song will be forever Dance Anthem. Also, the chorus is so strong and the beats are amazing. Moreover, just like any of his other songs, the lyrics are deep and will make you feel better. However, one of the best lines in this song is  “One day you’ll leave this world behind. So live a life you will remember”. Meanwhile, this song was released in 2014 and will never get old.