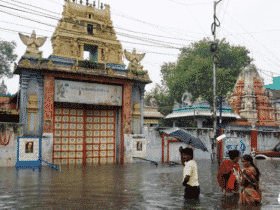 The Housewives series in the United States is pretty big with the Reality TV show already having had successful New York, Atlanta, and Beverly Hills runs. But the franchise is making its international debut with an exotic city, Dubai. The Real Housewives of Dubai will feature a group of ultra-rich, glamorous, and beautiful women in Dubai there’s much to look forward to.

The unimaginable lives of Dubai Housewives

Did you know that Dubai is home to some of the unimaginably rich, independent billionaire women who run staggering business empires and are part of Dubai’s elite group of Socialites? The show will uncover a lot of spice, glitz, and lavishness. It will no doubt be obscenely grand and a real bling fest to see the drama, twists, and turns that Dubai has in store for viewers.

The Real Housewives TV show is all set to be aired in 2022 which is not too far from now. The official launch date, show timings, and star cast are still awaited. But for now, we have some interesting tidbits about what’s planned for the show.

Where to watch Real Housewives of Dubai?

The show will air on Bravo TV channel and they’ve already shared a sneak peek on their official Instagram handle. Apparently, the scale of opulence and richness on this version of the series will be unlike any other we’ve seen so far. Produced by Bravo TV, the show will be their first international, original spinoff.

Dubai is a melting pot of different nationalities and citizens. Millions of Indians live there and so do people from all over the world. But the lifestyle of Dubai is truly bedazzling. It’s a place of breathtaking high rises, unbelievable luxury, and unparalleled nightlife. This version of the Real Housewives TV Series franchise has already garnered intrigue.