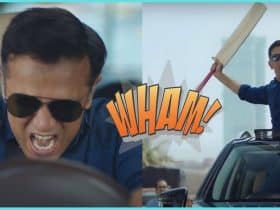 Cred’s viral ad starring Rahul Dravid as Indiranagar ka Gunda has spawned a slew of parodies, including one by Gurugram-based rewards website Magicpin. In the MagicPin edition, actor Vijay Raaz mocks “bread” and discusses how other apps offer tens of thousands of points, but people have no idea how to use them. ‘The Bread Ad’ became viral as soon as it was published.

Vijay’s down-to-earth, Hindi-speaking, plainspoken character is contrasted with the Cred ad’s fancy sound and tenor. With this advertisement, magicpin positions itself as the ‘Asli Savings’ the choice for all.

This gave Twitter a fun and spoofy session which was appreciated by everyone.

Look at Twitter’s reaction on The Bread Ad

After casting Rahul Dravid, who is known for his cool demeanour on and off the cricket field, as an angry man stuck in traffic, the original Cred ad became a viral sensation. The company proceeds to show you the “Gunda” version of the cricketer, based on the idea that its reward scheme is almost as unbelievable as an angry Dravid. The video went viral on social media thanks to a tweet by Indian cricket captain Virat Kohli. “Never seen this side of Rahul Bhai,” he wrote, sharing the clip.

However, Deepika couldn’t control herself and posted a photo with a caption, “Indiranagar ki gundi hoon main!”

Indeed whatever can be the issue or in news, Twitter leaves no stone unturned to participate in every rant session. Isn’t it fun? What are your views on this ad battle? Let us know! 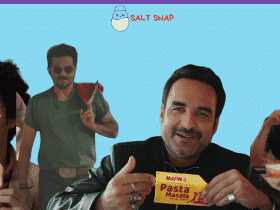