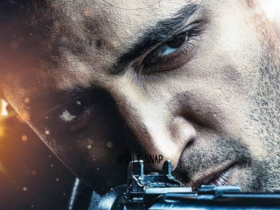 Major Trailer Is Out! Salman Khan Launches The Much-Awaited

The second game of the day had it all-thrill, nail-biting finish, and a chase that Sunrisers Hyderabad (SRH) would look back to and feel that they might have done better to achieve the win against Punjab Kings (PBKS). Additionally, Jason Holder was the only positive for the SRH from this match.

The batsmen of Punjab Kings did not look at their best forms at all against the SRH bowling attack. Additionally, they were only able to score 125 runs in the 20 overs. It looked like it would be an easy chase for the SRH batsmen, with the likes of David Warner, Kane Williamson, and Manish Pandey.

However, that was not the case, with SRH only making 120 runs, losing the match by five runs. The PBKS bowlers were brilliant, with Mohammed Shami and Ravi Bishnoi performing outstandingly well with the ball. Ravi Bishnoi was the star for Punjab Kings, taking three crucial wickets.

It was yet another close match for the PBKS, who lost their last game in the last over to Rajasthan Royals.

Earlier, Sunrisers Hyderabad bowlers did some fantastic work, restricting Punjab Kings to 125 runs. The West-Indian fast bowler, Jason Holder, was terrific with outstanding statistics of getting three wickets. Additionally, he only gave away 19 runs in his quota of 4 overs.

However, it was a day off for the SRH batsmen, who did not look like they were getting to the target, losing crucial wickets at the wrong times. Jason Holder was trying to save the match for SRH, scoring 47 runs off 29 deliveries. But, it was too little too late for the SRH, who ultimately were behind in their chase. For his brilliant all-rounder performance, Holder was awarded the Player of the Match.

With this loss, SRH is in last place in the table, only winning a single match this season. Earlier today, Delhi Capitals defeated Rajasthan Royals to reclaim the top spot. Additionally, with this win, the Punjab Kings are still alive in the qualifiers race and would like to win their next matches as well.