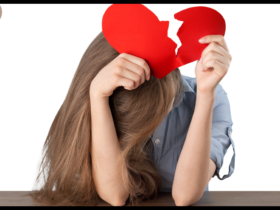 5 Breakup Signs That States Your Relationship Is No Longer Healthy

The business issued an apology for the advertising that sparked “rage amongst individuals and several communities,” according to a statement.

“We, the brand Layer’r SHOT, would like to inform one and all that we have only aired the advertisements after receiving all necessary approvals,” the statement continued. “We never intended to hurt anyone’s sentiments or feelings. Moreover, outrage any women’s modesty, or promote any sort of culture, as some have incorrectly perceived us.”

This is how the brand apologised after Perfume Ad controversy

Layer’r Shot claimed it has asked its media partners to stop airing the commercials on television beginning June 4th. After the Advertising Standards Council of India took action the day before, they removed off the air.

On June 4, the Union Information and Broadcasting Ministry ordered that footage of the two adverts shall remove from Twitter and YouTube. Moreover, claiming that they were “detrimental to the representation of women in the interest of decency or morality.”

The government claimed in e-mails to YouTube and Twitter that the films were widely viewed and shared on the two platforms.

Users may not “host, display, upload, edit, publish, transmit, save, update, or distribute any content that is insulting or harassing on the basis of gender,” according to Rule 3(1)(b)(ii) of the Information Technology Rules, 2021.

On June 3rd, the broadcast was there during a cricket match.

The Delhi Commission for Women also requested that Information and Broadcasting Minister Anurag Thakur take action against the deodorant company. Additionally, for “misogynistic commercials” that promoted “rape culture” on June 4.

In a letter to Thakur, Swati Maliwal, chairman of the Delhi Commission for Women, wrote, “This poster is plainly advocating sexual violence against women and girls. Moreover, propagating a rapist attitude among men.” “The commercial is reprehensible and should not broadcast on television.”

By June 9, the panel has directed the Delhi Police to submit an action taken report on the case.