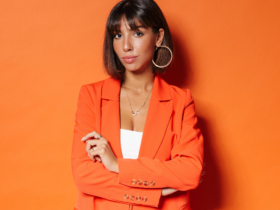 7 Job Interview Red Flags to watch out for in 2022

Indian start-ups saw a golden era last year. A new unicorn emerged every other day and start-up founders became instant success stories in the entrepreneurial world. Funding poured in millions and it seemed like every start-up founder was on his road to becoming the next billionnaire on the block. Start-ups were on a hiring spree recruiting candidates for ridiculously attractive salary packages. And it seemed like there was no stopping the start-up party.

Start-ups flexed their muscles on almost all social media platforms. Founders and co-founders showed off their valuations, funding rounds, and salary packages offered to candidates. One such start-up founder went a little too far to show how magnanimous he was in offering a very high package to a candidate. But strangely, the candidate’s job offer was revoked when she asked a question about reimbursement of Wi-Fi expenses.

LinkedIn is a place where people share, re-share, and honestly, overdo the posting game. Its a platform where sometimes fake stories of motivation end up being shared by followers and gain thousands of likes and comments. On the other hand, some people try to come off as smart on LinkedIn but get schooled by internet folk for being the opposite of what they intended.

Check out this post which is self-explanatory where a start-up founder thought he would get a ton of sympathy comments and applause. On the contrary, he was brutally told off and mocked for lacking empathy and being entitled about the fact that his company was actually paying people to work for them.

Naturally, the comments section exploded with people going berserk at how someone could be so ignorant of employee well-being. Here are 10 comments that Redditors shared which clearly expressed their disapproval of start-up owners’ privilege and lack of awareness of what it entails to be an employee:

2. You shouldn’t judge a book by its cover:

3. Not every start-up idea is cool:

4. Nobody deserves a bad boss:

5. Giving entitled bosses a piece of their mind:

6. Calling out the arrogance:

9. Obvious comparisons were made:

7 Job Interview Red Flags to watch out for in 2022