5 Indian Celebs Who Stayed Friends Even After A Breakup

Yesterday was Shah Rukh Khan’s birthday, and we could already see how popular King Khan is becoming on social media. Amazingly, SRK hasn’t held back from treating us all either, thanks to Yash Raj Films. YRF has given us the Pathaan teaser as we all celebrate his birthday.

The action-packed, heart-pounding pursuit scenes in the Pathaan teaser feature SRK as an Indian spy who refuses to give up and uses his survival instincts to claw his way out of any precarious scenario.

A voiceover, most likely Ashutosh Rana, introduces the main character at the start of the teaser. After that, it turns into a full-fledged action tale with SRK defeating the villains.

Additionally, the speech from SRK, “Kursi ki peti baandh lijiye, mausam bigadane waala hai,” is eerily similar to what Ranbir stated in the teaser for “Sanju.” Although “Dunki,” starring SRK and Rajkumar Hirani, was not a YRF film, there is undoubtedly a lyrical connection.

The film “Pathaan” tells the tale of an Indian spy who can infiltrate any system or group. Thanks to his chameleon-like talents to blend in with the environment he lives in.

After an absence of more than four years, the actor returns with the first of his three flicks. He previously appeared in the box office disaster “Zero” from 2018.

Pathaan is SRK’s first movie in four years. This makes it all the more significant for all of us. Even though we only saw him in a cameo in Brahmastra, having him throughout the entire movie has a different pleasure. Must say, 2022 has been a great year for Shah Rukh Khan. In June he completed 30 years in the industry and even today when he gets on screen that charm is as mesmerizing as it was three decades ago.

Pathaan is directed by Siddharth Anand and produced by Aditya Chopra. Moreover, now that we have watched the teaser, we are counting the days till the film’s trailer! 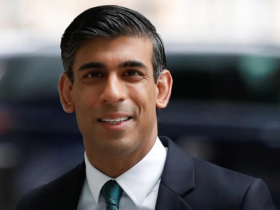