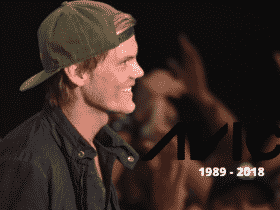 Netflix India is never-ending. The streaming service has never been one to believe in “less is more,” preferring instead to churn out dozens of original shows, movies, and documentaries, and 2021 will be no exception. Moreover, a sizable number of films, as well as new and returning episodes, have already been announced for release in 2021, with several more on the way.

Girl from Nowhere is a gritty Thai teen drama about Nanno, a mysterious young lady. In May, Netflix will release the second season of this show. When Nanno is in the city, she is a mysterious and clever girl who should be avoided. She moves to various classes, and when she arrives at a new one, she reveals the students’ and faculty’s lies and misdeeds at every point.

Selena: The Series is a coming-of-age storey about Christian Serratos’ character, Selena, the Queen of Tejano Music. It is releasing on May 4.

The Notebook is a film adaptation of Nicholas Sparks’ best-selling novel of the same name. Moreover, it tells the epic love tale of two young lovers in the 1940s who are torn apart by war and class disparities.

If you’re going to binge on Horrible Bosses on Netflix India, make it double trouble because the next instalment of the series will be available on Netflix on the same day. In this episode, Dale, Kurt, and Nick leave their jobs to form a partnership to launch a new business. Unfortunately, they get into trouble when their investor pulls out of the contract, leaving them with massive debts.

Time To Dance stars Isabelle Kaif and Sooraj Pancholi in a film that feels like it’s loosely based on the first instalment of the brilliant Step Up franchise, but Indianized with just the right amount of drama. It is all set to release on May 7.

If you grew up laughing and imitating Jaaved Jaaferi’s Takeshi’s Castle commentary, you’ll enjoy watching Lava Ka Dhaava on Netflix this week. However, show is based on the Hindi dub of The Floor Is Lava. This is also releasing on May 7.

THE SONS OF SAM

In this four-part limited series, director Joshua Zeman (CROPSEY, MURDER MOUNTAIN) uses archival news footage. Also, interviews with those nearest to the investigation, as well as Terry’s own words and case files, to tell the cautionary tale of a man who fell down a rabbit hole and never came out.

Monster follows Steve Harmon (Kelvin Harrison, Jr.), a seventeen-year-old student. Moreover, life is turned upside down when he is charged with felony murder.

Read: Zoom’s latest immersive view is a sight to behold!