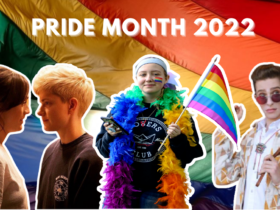 Pride Month: Celebrate The Month With These 5 Web Shows

The Board of Control for Cricket in India announced on Monday that two additional franchises are added to the world’s biggest and richest Twenty20 league after the new owners spent a combined total of more than $1.6 billion to acquire their clubs. Meaning, now there are two new IPL teams.

With a price of more than $932 million, Sanjiv Goenka’s RPSG company won the bid for Lucknow in the Indian Premier League, while Irelia Company Pte Ltd. (CVC Capital Partners) will acquire Ahmedabad after making a bid of more than $692 million.

“To begin with, it’s great to be back in the IPL. However, this is only the first step. Also, now it’s up to us to put together a strong team and put on a nice show.”

5 things you must do when you’re in Goa.

Sanjiv Goenka, who purchased the Lucknow franchise, stated that the team’s value “would be a multiple of a few times” during the following ten years.

Moreover, it took hours to complete the bidding procedure, which included verification and technical examination. It’s stated that around ten parties submitted bids for new teams. Also, all financial bids were checked and authorised for the next step in the process.

RP-SG, the Adani Group, HT Media Private Limited, Torrent Pharma, Aurobindo Pharma, All Cargo, CVC, Kotak group in a consortium, and the Glazers of Manchester United through their equity business cleared the final phase of technical verification to be able to put bids.

Rhiti Sports, best known as the management business of former India captain Mahendra Singh Dhoni, also submitted a bid. However, it was rejected at the technical stage because officials suspected it of being a front for an industrialist whose relatives already own an IPL franchise.

Moreover, here’s how Twitter reacted to the bidding of new IPL teams: