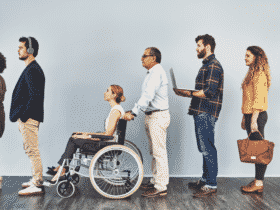 5 Privileges We Shouldn’t take for granted

As India and Pakistan gear up for the Sunday match at the T20 World Cup 2021, we bring you some of the best games between the two teams. India vs. Pakistan has always been a special game for the fans. Both the teams have met several times in the World Cup tournaments, be it the T20 or the iconic 50-overs. However, the men in green are yet to taste a win against their arch-rivals.

Both the teams will start their T20 World Cup 2021 campaign on Sunday and will look to give their best. We know the fans are looking forward to the game excitingly; let us look at the past clashes of the teams.

Both the teams met each other in the 2019 World Cup. Thanks to a smashing century from opener Rohit Sharma, India scored a mammoth 336 runs batting first. Virat Kohli, too scored 77 runs in the game. While the pouring rain at Old Trafford was a disappointment, Pakistan’s loss against their rival will hurt Pakistan fans forever. Additionally, India defeated Pakistan by the DLS Method by 89 runs.

India and Pakistan were up against each other again at cricket’s largest stage. India, under the captaincy of M.S.Dhoni, easily won against Pakistan and maintained its record of defeating the team in the World Cup. In response to India’s 300, Pakistan batters could not do much. Additionally, the whole team was bundled out for 224 runs in 47 overs. Virat Kohli scored a brilliant century to make sure that India put on a competitive target. Lastly, some brilliant bowling from Mohammed Shami proved too much for the batters.

Who can forget the epic semi-final clash between the teams in Mohali? Thanks to some fantastic batting from the Master Blaster, Sachin Tendulkar, India put 260 on the board. While Pakistan looked good in the early overs, losing wickets constantly made it tough for the team. Finally, Pakistan fell short of 29 runs, and India stormed into the finals only to win the trophy.

Nobody can forget India’s amazing run in the inaugural T20 World Cup. After a disappointing end to the 50-overs World Cup, nobody was rooting for the country to win the trophy. However, the Indian team turned the tables and showed the world that they are a special unit. With 11 runs requiring of the last over, Joginder Sharma’s final over will forever have a special place in the hearts of all the cricket fans. And who can forget Ravi Shastri’s commentary, “And Sreesanth takes it.”