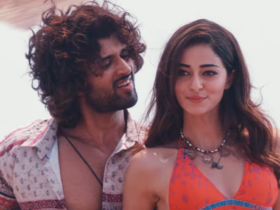 Netflix’s ever-expanding library of Indian entertainment continues to introduce new TV series and movies. In September 2021, there will be a slew of fantastic web shows and films releasing on Netflix. Many popular web series and movies are planned to debut on various OTT platforms. You will not be bored thanks to the release of these interesting online series and movies.

So, if you enjoy binge-watching, note these shows releasing on Netflix this September 2021!

Money Heist Part 5, Netflix’s most-anticipated web series, is due to premiere on September 3rd. So, after being held at gunpoint by Sierra at the end of Money Heist aka La Casa de Papel, what will happen to the Professor this season? Will his group be able to escape the Spanish Royal Mint alive? In this part 5, two volumes will be realising this year, three new characters will make their debut.

Netflix will begin streaming Lucifer Season 6 on September 10. Despite being horrifically slaughtered in the previous season, the titular Devil survives for the final season.

Moreover, the Lucifer’s final season will not only reveal the truth about his death but also how he will deal with being all-powerful after succeeding his father as God. This new Netflix web series will focus on the BLM (Black Lives Matter) movement as well as Amenadiel’s choice to join the police force.

Michael Schumacher is the most famous racing driver in the world. The seven-time world champion is a racing legend and a source of inspiration for racers all around the world. It’s the first time his family has supported a documentary about the sports legend. Also, it will feature vintage videos as well as interviews with Schumacher’s family and other notable Formula One figures.

On September 24, the creators of ‘Kota Factory’ are planning to release the second season of the popular show on Netflix.

The second season will follow Vaibhav as he makes his way to Maheshwari, one of Kota’s most prestigious training schools, and how he juggles his friendships, his mentor’s relationship, and the growing pressure of getting into IIT.

After the formal announcement of the release date, Mai has already generated a lot of buzzes. Mai is all set to premiere on Netflix on September 3, 2021. Moreover, we simply expect Sakshi Tanwar’s admirers to not have to wait any longer to see her.