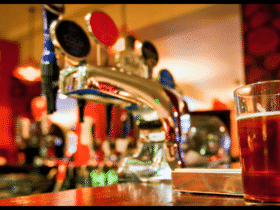 Best Pubs In Bangalore For Your Weekend Drinks

It’s nice to see how other characters of MCU are getting more attention and love from the audience. Wanda Vision was a huge success and opened so many possibilities for Marvel Phase 4. Likewise, Falcon and Winter Soldier gave an action package which we all needed. Loki is an antagonist, but it’s so hard to not like him. Also, the fanbase welcomed all these new series with great enthusiasm. Meanwhile, MCU has also not disappointed fans and has been giving so many surprises. Be it with the brand New Spiderman trailer or the breathtaking Eternals. Shang Chi also received love from the fans and this new movie is now considered one of the fan favorites. As we all know, the Hawkeye trailer was dropped. Let’s discuss the details you might have missed in the new Hawkeye Trailer.

You can see a poster saying ” Rogers The Musical” at the beginning of the trailer. This is a tribute to Captain America. Most of us are still confused about what happened to him after the End game. Did he get old or is he no more? Also, its written ” Timeless story of Timeless Hero”. We all miss Captain Rogers, Don’t we?

Due to Thanos’s snap, we all know half of the population disappeared. Hawkeye lost his entire family due to this. Meanwhile, he becomes a vigilante serial killer. But in the trailer, we see that someone is using his identity all over again to fight crime in New York.

You can spot a hearing aid kind of thing that Clint is wearing in the trailer. Many of the comic fans already know that Hawkeye had a problem with hearing but it was never shown in the movies. Maybe this is the first time they are showing this to the audience.

The first footage of Echo definitely caught Marvel fans by surprise. This is a native American character who is also a deaf hero. Maybe Marvel has teased her debut through the Hawkeye series. There are chances that she will be getting her own Disney+ spin-off too.

Those who have watched black widow will know that the end credit scene made it clear that Yelena who is Black Widow’s sister wants to kill Hawkeye. She thinks he is the reason for her death. Meanwhile, Echo reveal has also teased Daredevil and Kingpin’s introduction to MCU. We will all get answers when it airs on Disney + Hotstar.