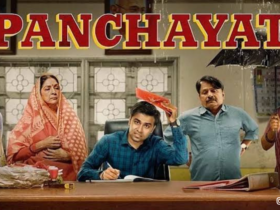 Singers Ariana Grande, Chlöe Bailey, and Lizzo used their artistic talents to “wow” their fans with breathtaking costumes. At the same time, actresses Keke Palmer, Rebel Wilson, and Megan Fox leaned into their imagination for their 2022 Halloween costumes. However, some people brought their own eye-catching Halloween creations to the table, including Paris Hilton and Addison Rae.

Superheroes like Mystique and Storm, as well as fantasy figures like Rapunzel and Ariel, were common choices among celebrities for costumes in 2022.

Lil Nas X arrived at Shaun Ross’ Halloween bash in Hollywood wearing a body costume with an “Alien Superstar” theme, complete with a jewelled forehead and contacts. Naturally, he already had the “superstar” portion of his costume in place.

Machine Gun and Megan Fox When Kelly attended the Casamigos Halloween Party, she channelled the toxic energy of Tommy Lee and Pamela Anderson. In The Dirt, do you recall Kelly’s role as the drummer for Mötley Crüe? Yeah, we don’t, either.

Tyga put the “E.T.” in “Halloween” with his E.T. costume at the Casamigos party. I’m not sure how he drank that beverage he was holding, but his extraterrestrial gloves could undoubtedly raise the middle finger.

While Heidi Klum was absent from A Bug’s Life, Questlove provided Lightyear. Klum, as per usual, slithered into her own celebration dressed as a worm and didn’t hold back in her yearly, outrageous costume.

The makeup guru dressed in a specially made Jean Paul Gauthier gown as a tribute to the 1935 movie “Bride of Frankenstein.”

Kim Kardashian made no effort to hide her transformation into the “X-Men” character Mystique.