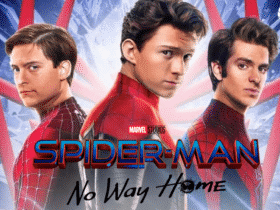 Spiderman No Way Home: Is It Going To Be Bigger Than End Game?

There has never been a greater desire for a reunion of the cast of any TV programme than there has been for a Friends reunion. ZEE5 released Friends The Reunion on Thursday and the fans went crazy! During the reunion episode, host James Corden informs the six main cast members that their programme has been viewed over 100 billion times across all platforms. Their heads whirl as they hear the number.

There was a lot that could have gone wrong with so many people still loving the show. We are glad HBO Max didn’t risk everything by branching out into new territory. Mainly with Rachel Green, Ross Geller, Chandler Bing, Monica Geller, Phoebe Buffay, and Joey Tribbianni’s stories. Instead, invite Jennifer Aniston, David Schwimmer, Matthew Perry, Courteney Cox, Lisa Kudrow, and Matt LeBlanc to sit on the same orange couch. Moreover, watch a few episodes from the show’s first season. They know how much people enjoy Friends reruns. We’ve seen it a hundred billion times.

Inventors Marta Kauffman and David Crane recount how each actor was discovered and recruited. How David’s voice influenced Ross’s character. Also, how Lisa was recognised on another show she was working on and how Matt had the perfect blend of good looks and funny timing. Moreover, how Courteney preferred Monica to Rachel; and many more interesting anecdotes that you are already familiar with thanks to Buzzfeed.

The opening scene sees all six stars, now in their 50s, returning to the reconstructed sets, tears welling up in their eyes almost immediately. They rub their hands on the couches, exchange hugs, and reminisce about their time on the sets in their twenties. The first hugs may appear awkward. Lisa seems even less like Phoebe in her crisp black blouse. On the other hand, Matthew appears to be attempting to communicate as little as possible. However, as soon as David pulls out the trivia game, Courteney puts on her Monica act. After which, Lisa screams as a bug goes through her hair. Then Matthew cracks a caustic joke, you just know you’re in the 90s again through all this.

Yes, You heard it right! Both of them openly declared that they had a huge crush on each other back in the first season of the sitcom. “I mean, in the first season, I had a major crush on Jen. At some point, we were crushing hard on each other,” Schwimmer admitted. “But it was like two ships passing because one of us was always in a relationship and we never crossed that boundary. We respected that.” Jennifer added, “So we just channelled all of our adoration and love for each other into Ross and Rachel”. Isn’t that adorable?

The best thing about the episode was the celebrity special fashion show which featured Justin Bieber, Cindy Crawford, and Cara Delevingne walking the ramp wearing iconic costumes from Friends. The most amazing part was Joey Tribbiani wearing all of the chandler’s clothes and reacting in the same sequence. 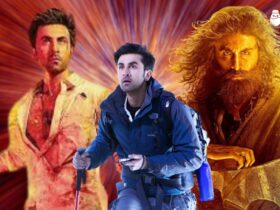