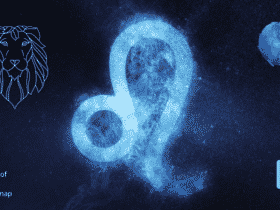 The start of the FIFA World Cup 2022 is just around the corner, and the entire world is eagerly awaiting it. The venerable football competition between the men’s national teams will take place in Qatar. Japan and South Korea jointly hosted the 2002 World Cup. This is the only other time it will be in Asia.

Since that edition was a big success, there is little doubt that the 2018 World Cup will provide football fans worldwide with plenty of pleasure.

The stadiums at the FIFA World Cup 2022 match are one of its main draws. For the mega-event, host nations invest a lot of money in constructing new or remodeling existing venues.

Qatar and Ecuador will play their inaugural game at Al Bayt Stadium in Al Khor. The venue is the second largest of all the host venues in Qatar, with a capacity of 60,000 spectators. Additionally, it will serve as the site of games for Groups A, B, E, and F. Moreover, there will be nine different matches played here.

Seven games total will be played at the Al Janoub Stadium in Al Wakrah during the FIFA World Cup in 2022. With the exception of the Lusail Iconic Stadium and Al Bayt Stadium, it has a minimum capacity of 40,000 spectators.

The 2022 FIFA World Cup will be held in three stadiums in the city of Al Rayyan. One of them is the 40,000-capacity Ahmad Bin Ali Stadium, which will host seven games during the competition.

At Education City, Qatar’s international center of excellence, the new Education City Stadium is situated close to a number of top-notch university campuses.

The stadium, which has a capacity of 40,000 people, is shaped like a rough diamond that sparkles when the sun crosses the sky. Nearly half of the stadium’s seats will remain after the FIFA World Cup for use by collegiate athletic teams.

The most intriguing aspect of this is the profile of the unassuming Stadium 974. The 40,000-seater was constructed out of 974 shipping containers and is situated in the eastern portion of the metropolis. It serves as Qatar’s area code as well. The arena, which is a temporary construction will be taken down after the competition. For the first time ever, a World Cup stadium will be demolished right away following the championship game.

Due to its inspiration from the traditional qafiya (the hat worn underneath the Ghutra and Egal) in the Arab world, Al Thumama Stadium is a distinctive example of Arab architectural iconography.

Check out these 5 bollywood male celebs who underwent plastic surgery.

The popular Khalifa International Stadium will host eight FIFA World Cup games in Qatar in 2022. It serves as the home stadium for the Qatari national team and has a capacity of about 40,000 spectators. In the beginning, teams from Groups A, B, E, and F would play here. Since it has been in use since 1976, this stadium is the only one that has not been entirely new construction.