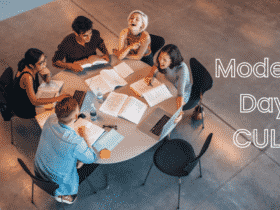 A set of posters for the wizarding sequel Fantastic Beasts: The Secrets of Dumbledore are on Twitter via Fantastic Beasts’ official account ahead of the debut of a brand new trailer later this week.

The story takes place in the 1930s, as Gellert Grindelwald’s dominance grows and the rest of the wizarding world becomes embroiled in World War II. The third instalment is also all set to go more into Albus Dumbledore’s dark history.

Along with Ezra Miller, Dan Fogler, Alison Sudol, Callum Turner, Jessica Williams, and Katherine Waterston, Eddie Redmayne and Jude Law reprise their roles as Newt Scamander and the titular Hogwarts professor in Fantastic Beasts: The Secrets of Dumbledore. The threequel also introduces Mads Mikkelsen as Grindelwald, who replaces Johnny Depp in the role. Back when he was asked to step aside owing to his legal struggle with ex-wife Amber Heard.

Also, Fantastic Beasts: The Secrets of Dumbledore is all ready to visit theatres in April. Mainly because of repeat COVID-19-related delays and recasting.

Check out these dating trends of 2022!

The plot of the film is of years after the events of the second instalment. Also, it centres on Albus Dumbledore, portrayed by Jude Law, dispatching his army, led by Newt Scamander. Moreover, played by Eddie Redmayne, on a mission that will pit them against Gellert Grindelwald’s army.

Check out the trailer of Fantastic Beats: The Secrets if Dumbledore here!

Another mystery is how many Dumbledores will appear in the film. A collection of images from the previous Fantastic Beasts instalment, The Crimes of Grindelwald, revealed that a young actress was on-site. She was filming sequences as Ariana Dumbledore. Moreover, Ariana, Albus and Aberforth’s sad younger sister died before the events. However, she reappeared as a magical picture in Harry Potter and the Deathly Hallows.

The scenes of ‘The Crimes of Grindelwald’ are not in the final cut. Moreover, prompting rumours that they will be there in The Secrets of Dumbledore instead.