Elon Musk took to Twitter on Jan 13th & provided an update on Tesla’s entry into the Indian market. On January 8,  Tesla registered itself as a company named ‘Tesla India Motors and Energy’ in Bengaluru & this tweet has been the first official statement about Tesla’s plans for India that Musk has made since the registration.

The Tesla CEO has tweeted about his plans for the company in India several times before. Last year in October, he had tweeted, “Next year for sure”, replying to a tweet with an image of T-shirts with ‘India wants Tesla’ written on them. There’s no doubt that Musk as well as Tesla’s popularity in India is unmatched & hence every move has great nationwide reactions.

Next year for sure

Social media marketing has been on an all-time high, and the pandemic has only fuelled its growth. If there’s one top-notch CEO who stays on the top of it all, it’s Elon Musk. With his love for memes, witty nature & often unfiltered Social media activity, he’s loved by millennials & GenZ alike.

His social media presence, irrespective of whether it’s looked after by his team or himself, gives off his innovative cool persona very well. In this world of filters & paid promotions, this relatability really works wonders in increasing his online influence and, as a result, the sales of all his companies.

After the ‘As promised’ tweet, Elon’s Twitter account with 41.2 million followers, performed its magic & has since opened a barrage of memes about the matter. The memes hilariously comment on the condition of Indian roads, Bollywood trends, unwritten traffic rules & much more!

Next year you can spot a Tesla in these images of Saki Naka Jn and Silk board #Teslaindia pic.twitter.com/xWGvNE0lrq

People showing their hands and crossing the road in India. 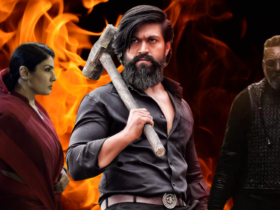