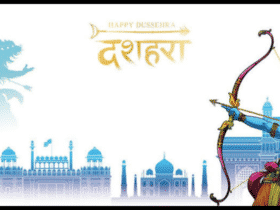 A trailer for the film Double XL, starring Sonakshi Sinha and Huma Qureshi, has been released. It has been called “a story of friendship and dreams laced with masti” and is marketed as a slice-of-life comedy-drama. The trailer gives off the impression of being a humorous take on two plus-sized women who are coping with their weight, body image, and the social repercussions that come along with it.

The first image in the teaser is of Meerut, Uttar Pradesh native Rajshree Trivedi (Huma Qureshi), who is wearing a pink gown to a celebration. Shikhar Dhawan, a cricket player, approaches her and requests a dance. Her irate mother awakens her, but it turns out to be a dream. The girl from the small town wants to travel to Delhi and pursue her dream of working as a sports presenter, but she frequently hears that she is “too healthy” for the job. On the other hand, Saira Khanna (Sonakshi Sinha), a fashion designer from New Delhi, learns that her partner is having an extramarital affair.

In addition, Sonakshi and Huma unexpectedly cross paths in a restroom and discover each other sobbing after being rejected. They discuss their struggles and decide to take control of their own life. The action then shifts to London, where they encounter Zaheer Iqbal and Mahat Raghavendra, movie’s two male leads. The film’s concept is then obscured by a scene montage that follows.

The movie is a novel idea that criticises the epidemic of fat shaming and weight stereotypes in our culture. It ridicules people who practise fat-shaming and hold those who struggle with body image down. Meanwhile, Double XL emphasises the need for attractive faces in the media sector.

Moreover, the movie will debut on November 14.