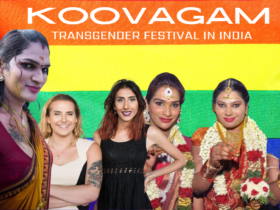 Ayushmann Khurrana is known for tackling subjects with a stigma associated with them, and he has done a great job up until now of upholding that reputation. The preachiness of recent movies has been a bit of an issue. However, with Doctor G, the brand succeeds in striking the right note by offering an emotionally compelling drama about a man’s development.

Uday Gupta has always desired to become an orthopaedic surgeon, but he was unable to achieve it during his postgraduate programme. At the Bhopal Institute of Medical Sciences, Uday reluctantly chose gynaecology with the intention of trying Ortho the next year. We see in Doctor G how Uday’s decision to pursue gynaecology alters his perception on women. However, Uday’s department head Nandini Srivastav was not one to take his attitude lightly.

Anubhuti Kashyap is skilled at feeding a crowd while maintaining respect for their brains. The first half of the film is mostly that usual Ayushmann Khurrana film, with a disgruntled Ayushmann dealing with selfish issues. And much like any of his earlier movies, the metropolitan middle-class environment makes those obstacles amusing to see.

What makes the movie an emotionally successful one is the turn it takes in the second half. By constructing a generic conflict, Anubhuti and her writers are not attempting to play it safe. The ethical ambiguity of the predicament that Uday gets himself into serves as more than just a point of contention. Additionally, it gives the movie a strong foundation on which to depict the main character’s change.

On the periphery, Doctor G would appear to be a guy struggling with gynecology acceptance. However, by using that plot, they are illustrating how many males find it difficult to understand women. The humorous promotional material that depicts Uday’s judgmental attitude toward his ex-girlfriend reveals the true source of all the presumptions. The difficulty in accepting that his mother can be looking for relationships at a late age, the unwillingness to look at the vagina, his inability to be just friends with a girl he likes, etc. are all obstacles that Gupta faces at various points in his transition, and Anubhuti is not making it a movie where one slap fixes everything. Moreover, Uday’s chosen role model feels uncomfortable.

The educational film Doctor G aims to inspire its viewers. Fortunately, they didn’t take a preachy route to get there. The first half of the comedy centres on a male doctor’s difficulties fitting in a setting where women predominate. The movie, however, adopts a fairly serious tone in the second half. It’s interesting how, in the final act, every subplot dealing with Dr. Gupta’s negative aspects merged to create an emotionally draining comedy.