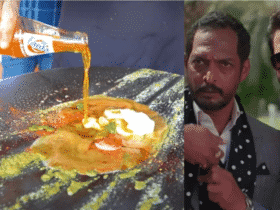 Ram Lalla’s home, Ram Mandir of Ayodhya, is all ready before the main festival day on the occasion of Diwali. The Yogi Adityanath government has informed that it will light up the historic Ram Mandir with twelve lakh diyas. This will be the 5th edition of the Deepotsav.

Around nine lakh diyas will light up the banks of the Saryu River from 6:00 to 6:30 pm. Additionally, this is not the first time that Ram Mandir will see all the lights. Last year, the officials set up 6 lakh diyas. However, by lighting 12 lakh diyas this year, they will be making a new world record.

The festival celebrations began on November 1. Additionally, on this date, Shilp Bazaar was set in motion at Ram Katha Park.

The UP government has also released a statement about the preparations. It reads that the entire celebration will cover five days starting from Monday. These days will have 3-D displays, laser shows as well as fireworks. Additionally, this will also be the first time when an aerial drone will cover all the scenes on the occasion of Diwali in the Ayodhya Ram Mandir. Moreover, information suggests that at least 500 drones will fly over the skylines of this historic temple.

Ved Prakash Gupta, the BJP MLA from Ayodhya, has also told the media that the entire city is ready for the big day when all records will break. The state’s Chief Minister, Yogi Adityanath, will preside over the main event on the Deepotsav. To make the festive occasion more special, the government has sent an invitation to a cultural group from Sri Lanka to perform the Ram Leela.

Besides the Saryu river and the main temple, the other two-three ghats in the city will also be lit up by the diyas. Additionally, the state government is trying not to leave anything and do things perfectly before the auspicious day.