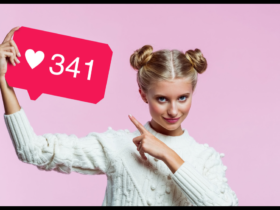 The Darlings trailer was published on Monday, and it perfectly blends dark humour with just enough thrill to keep one interested. The trailer opens with Vijay Varma’s portrayal of Hamza Shaikh saying that he has made the decision to leave his wife Badrunissa (Alia Bhatt). And so, a gloomy yet exciting voyage starts.

In an effort to track down Hamza, Badrunissa and her mother (Shefali Shah) choose to submit a complaint. In another video, Hamza is seen assaulting his wife. So Badrunissa makes the unkind decision to treat Hamza the same way he abuses her. Badrunissa declares, “Enough defence, I’ll play offence now,” and she follows through on her promise. Badrunissa decides to discipline Hamza with the help of her mother and hides her husband inside the house. Simply put, these Darlings don’t have the best attitudes.

Alia Bhatt shared the clip on social media and stated: “The first movie I produced! I’m so giddy, anxious, thrilled, and emotional to tell you about it! The trailer for Darlings is now up.”

Watch the trailer of Darlings here!

The breathtaking self-portraits below were shared by Alia Bhatt in advance of the release of the teaser “Darlings Day is today. Trailer coming soon, soon, soon.”

Darlings’ soundtrack is written and composed by the legendary duo Vishal Bhardwaj and Gulzar. Therefore, there are high expectations for the album. On August 5, the movie is all set to release on Netflix. It also stars Malayalam actor Roshan Mathew, who did his Bollywood debut in Anurag Kashyap’s Choked, which is also available on the service since 2020.