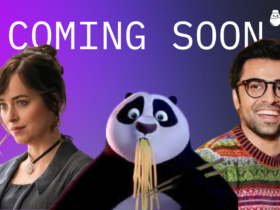 Aryan Khan, son of the King Khan of Bollywood, is now out on bail after living behind the prison for 25 days. As the news arrived, there was a wave of happiness in the Bollywood industry, with big names of the Hindi film sector posting photos and good wishes. Mukul Rohatgi is one of the famous lawyers in the case.

The sources say that Shah Rukh Khan and his wife Gauri Khan were worried about their son. Aryan Khan was denied bail from the special NDPS court twice before finally receiving the same. Shortly after the bail announcement, Shah Rukh, one of the most-loved Bollywood actors, took photos with the entire legal team working on this case.

Mukul Rohatgi, the country’s former Attorney General, was also in the legal team, along with big names like Satish Maneshinde and Amit Desai. Additionally, Maneshinde also said that that God has heard their prayers now that Aryan Khan is out on bail. Along with Arya, Arbaaz Merchant and Munmun Dhamecha were also released on bail in the case. Mukul Rohatgi is a senior advocate at the Supreme Court of India. Mukul Rohatgi has also represented the Gujarat government way back in the 2002 Gujarat riots.

Satish Manshinde said that the NCB had no proof of Aryan Khan. He also said that the son was not in anything and was in no possession of drugs.

Now that Aryan Khan is out, fans celebrate his release, and there is a celebration outside Mannat. Additionally, the security outside the house has increased, and the police have put up the barricades. Both friends from the industry and the fans of the actor are standing in solidarity with the family. Moreover, most of them have posted stories and posts showing support to the family and Aryan Khan. The fans are happy that the family is now together. Shah Rukh Khan will be celebrating his birthday on 2nd November. And this time, you can say it could be a big one.

Also Read: Everything You Need To Know About Vicky Kaushal’s And Katrina Kaif’s Marriage Rumours