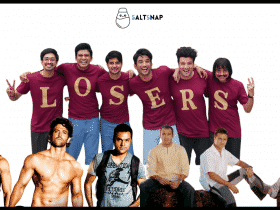 Shaktimaan, the Indian superhero, will be coming to the big screen, Sony Pictures India said on February 10, 2022. The banner revealed the Shaktimaan movie in a unique trailer and stated that it will be a first-of-its-kind domestic superhero trilogy. Since then, there have been numerous rumours about the actor who will portray Shaktimaan to modern audiences. There has already been enough discussion of the film’s potential directors.

Here are 8 exciting things that we know about!

Given that Shaktimaan has the potential to revolutionize Hindi cinema, the production team is being extremely careful when selecting the director. The purpose of this project is to reintroduce the superhero to the public of today using Mukesh Khanna’s iconic portrayal of the character. Basil Joseph is the front runner to be at the helm of affairs, let’s see now.

3. Mukesh Khanna as the Producer

Whether Mukesh Khanna will be a part of the film or not is still unclear. But it is definitely clear that he will be the producer of the film!

4. Not a single movie but a trilogy

The SONY studio plans to build the magic of the superhero series in the form of a trilogy in cooperation with Brewing Thoughts Private Limited and Mukesh Khanna’s Bheeshm International.

According to Mukesh Khanna, the Shaktimaan movie will cost Rs 300 crore to produce. Sony Pictures International Productions has purchased the rights to the venerable television programme Shaktimaan from Mukesh Khanna.

The OG Shaktimaan, Mukesh Khanna, said recently in a chat that the film had a 300 Cr budget.

Here’s how to ensure your pet’s safety this Diwali

7. Shaktimaan will be DESI!

According to Mukesh Khanna, this film is being produced by the Spider-Man film’s creators. Shaktimaan will be Indian, though. He prepared the movie’s plot in his own unique approach. His one and only request of the filmmakers was that they maintain the original plot.

The speculated date of the movie has already been announced and it is all set to release on 9 July 2023.