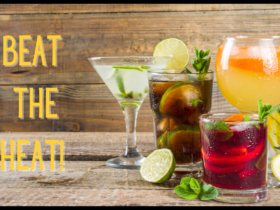 Traditional Summer Drinks: Beat The Heat With These Delicious Delicacies!

Job Interviews are changing, mainly because the dynamics of work have undergone major transformations. From remote working to hybrid working and whatnot, recruitment is not even close to being what it was in 2019. But most of the recruitment red flags are still relevant. Job markets are struggling to gain ground. And employees attend interview after interview clueless about the latest trends in job hunting. Which seem to change faster than the speed of light. If you are attending a job interview in 2022, here are 7 job interview red flags to watch out for:

1. ‘Your salary will increase based on your performance’:

Will it really? Probably. Should you trust them enough to settle for a measly amount right off the bat? Absolutely not. Companies are struggling with their funds amidst the pandemic. As employees become desperate for jobs, recruiters are looking at job hunters as ‘disposable’ resources. There’s a major trend of the ‘hire and fire’ happening, especially in small companies.

Job hunters are quickly recruited for meager wages with the ‘performance’ promise. They are given a false timeline that their salary will be massively hiked in x months depending on their performance. The innocent employee is then caught unawares awaiting this date. But rather than getting a hike, they are mercilessly terminated a few days before the so-called D-day. They are also given a cruel reason that their performance wasn’t up to the mark. Which is not only a lie to begin with but also serves a major blow on the employee’s self-confidence.

2. Asking to do a ‘trial run’ as an employee instead of an interview:

Some companies have discovered a clever tactic of extracting free work out of interviewees. They make them do a “trial run” of an actual workday. Candidates are given the actual tasks that they would have to work on on a regular day if they were an employee of the organization. This is done in place of an interview. They are then given false hopes that they would soon be inducted into the organization if their work was found to be satisfactory. But in reality, the employer is least interested in hiring the person or in ‘evaluating their performance’. Instead, free work is extracted from them for which they are obviously not paid. At the end of the so-called ‘trial run’ they receive an email saying that they couldn’t pass the ‘test’ and that they could not be recruited.

3. Numerous candidates have already filled in for the job role:

If the company seems to have trouble finding a candidate for the position you’ve applied for, and numerous candidates have already filled in before you but haven’t managed to stick on, then chances are that you won’t either. It may be that the organizers are just not interested in hiring anybody. And are only getting people to work for small periods to avoid paying them a recurring salary. If too many past employees have already been in your shoes, this may be one of the job interview red flags that there’s something majorly wrong.

If the boss of the company is seen abusing other employees but seems nice to you, it may just be until you complete the interview. Once you’re hired, you may be in the same position. And you may have to be on the receiving end of abusive treatment meted out. Keep an eye out for how the staff treats each other when you attend the interview because that will set the benchmark for the kind of employee experience you can expect in case you get the job.

5. You’re hired but no offer is made right off the bat:

If the recruiter says you’re hired but seems to delay or come up with excuses for extending you a valid offer, it may be a sham. If no offer letter or official confirmation is made right off the bat, you may be a victim of the ‘hire and fire’ scheme. It may be that the company has no intention of keeping you around permanently and may only be extending a carrot on a stick for you to chase.

You may not know if you’re gonna get paid on time until after spending at least a month or two on the job. But when you’re at the interview, make sure to ask around the people already working there if they get paid on the same date every month. Delayed salaries are always a major red flag. It indicates that the company is struggling and is willing to sacrifice the employees’ convenience just to stay open. It also shows a lack of empathy towards employees. If people report unnatural delays extending months in receiving their paycheck, grab your stuff and scoot asap.

7. It feels like you have to compete to keep your job:

If you feel like you’re being pitted against the other candidates who turned up for the interview, it’s one of the red flags in a job interview. If the recruiter makes it seem like a competition among the candidates, chances are that they are trying to get maximum work done under the pretext of choosing the most skilled person for the job. A job interview is about your own professional accomplishments, skills and qualifications more than whether you are better than the other candidates or not. Some companies hire multiple candidates for the same job role and ask them to oust the other by performing better or being more productive than each other to keep the job. At the end of the day, they take advantage of all the extra work done amidst the competition.

Batch Of 2021: HDFC Bank Job Advertisement Was A Typo Mistake 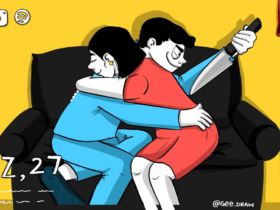 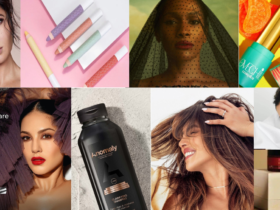