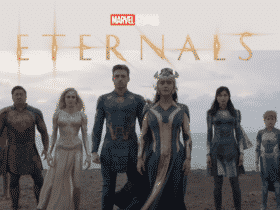 Everyone wants to attain life goals, but consider what happens when your hard work and abilities put you one step ahead of your goal. Many global icons also started with this dream.

Many people in this country aspire to be actors or at the very least work in a Bollywood film. However, many Indian stars were raised outside of India and have pursued performing careers in other countries.

Moreover, with their acting abilities, they have made a name for themselves on the worldwide film scene. Also, not only that, but they have also successfully overcome racism. Moreover, have also cornered the international film business.

Here are the top 7 global icons who are breaking through in the Hollywood industry.

She made us proud for the first time in the year 2000, when she won the renowned title of Miss World. Moreover, she made her Hollywood breakthrough with the album ‘In My City,’ and after that she was unstoppable.

She collaborated on an album with American rapper Pitbull and starred in Baywatch alongside world-famous actor Dwayne Johnson, also known as The Rock. Her TV series Quantico earned her a People’s Choice Award, and she was also invited to the Oscars twice, where she had the honour of presenting an award.

Simone Ashley is a South Asian actress from the United Kingdom. She was born in the English county of Surrey.

Simone Ashley is well-known for her work on Sex Education, and her act in Bridgerton Season 2 has gotten her a lot of notice.

Maitreyi Ramakrishnan is a legend, an icon, and the woman of the time, so come on. She seemed to be on her way to becoming a major star, thanks to her acting and humorous abilities.

In Netflix’s ‘Never Have I Ever,’ Maitreyi plays Devi Vishwakuma. ‘Never Have I Ever,’ created by Mindy Kaling and Lang Fisher, follows the narrative of an intellectual sophomore who is hellbent on becoming popular. Critics have praised the drama for its deep characters, smart storyline, and Maitreyi’s outstanding acting.

Tesher’s song “Jalebi Baby” is one that we’ve all heard. Tesher is best known for his newest success, but he has previously created remixes in a variety of genres, including Latin American, Hip Hop, and R&B.

Hitesh Sharma, also known as Tesher, was born in the prairies of Saskatchewan to Indian parents from Punjab. When his father was often a videographer at Indian events they attended, he fell in love with music and DJing at a young age.

Mindy Kaling is an actress and writer who received her big break on the hit NBC sitcom The Office. Moreover, she also produced, wrote, and starred in. Kaling left her role as the sassy Kelly Kapoor at the start of the show’s ninth and final season to focus on developing and starring in her FOX sitcom, The Mindy Project.

The show launched in September 2012, and critics lauded it for its comedic portrayal of a 30-year-old lady looking for love in all the wrong places.

Lilly Singh, popularly known as “IISuperwomanII,” is a YouTuber, actor, comedian, and talk show host. Her foray into social media began in 2010 when she started her own YouTube channel as a method to cope with her sadness.

Also read: Sharmaji Namkeen, do you know these 4 facts?

Moreover, she is great friends with many Bollywood and Hollywood celebrities.

Raja Kumari is a Claremont, California-based Indian-American lyricist and vocalist. She began her profession as a lyricist and composer after being born as Svetha Yellapragada Rao. She was the first Indian of Indian ancestry to emcee the American Music Awards red carpet.

Moreover, one of the most popular global icons was seen hosting the pre-ceremony festivities for this show. Also, it took place on November 24 last year.