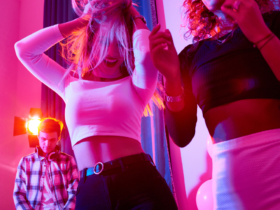 Bollywood is one of the film industries that has progressed significantly in recent years. Bollywood has established itself as one of the most well-known film industries, producing everything from classic love films to content-driven and real-life incident-based films. Moreover, Indian political movies are doing better than any other movies nowadays.

Movies based on Indian politics and political situations are one of the genres that have been popular in Bollywood lately. Moreover, several Bollywood films about Indian politics have made an indelible effect on the industry. Also, most of them have been released during the elections. Want to know which movies? Keep on reading.

Indian Political movies released during the elections are listed below.

It’s only been out for a few days, but it’s already captured the country’s attention.

The film is based on the evacuation of Kashmiri Pandits during the Kashmir Insurgency, which it portrays as a “genocide.” Moreover, it is produced by Zee Studios.

Watch the trailer of The Kashmir Files here:

The film is based on the Indian Army’s surgical strikes against militant launch pads in Pakistan-controlled Kashmir in 2016. (PoK).

In retribution for the terrorist strike in Uri that killed 19 Indian soldiers. Moreover, the covert operation is said to have killed 35-50 militants.

However, Pakistan denied the incident.

The Accidental Prime Minister, published by political analyst Sanjaya Baru, was the inspiration for the 2019 film. It starred Anupam Kher as Manmohan Singh, the then-Prime Minister of India.

Moreover, Singh was a victim of the Congress’ dynastic drive to elevate Rahul Gandhi, according to the movie.

Arvind Kejriwal, the Delhi chief minister and leader of the Aam Aadmi Party, is the subject of a 2016 sociopolitical documentary. The rise of anti-corruption protests in India led to the formation of AAP.

Moreover, at the Toronto International Picture Festival, the film received a standing ovation.

Kejriwal, a former bureaucrat, received the Ramon Magsaysay Award for Emergent Leadership for his anti-corruption crusade.

Watch the trailer of An Insignificant Man here:

The plot revolves around the assassination of former Indian Prime Minister Lal Bahadur Shastri. Moreover, Vivek Agnihotri is the director of the film.

It was a sleeper hit at the box office.

Watch the trailer of The Tashkent Files here: