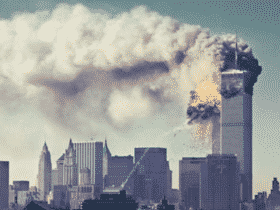 GenZ and Millennials seem to be at loggerheads sometimes. The debate rages on about skinny jeans and whether a side or middle part for hair is better. They don’t vibe on many things. Besides, there seems to be a huge difference of opinion between the two generations. But each generation is unique in its own way. Here are 5 ways in which GenZ and Millennials differ from each other.

1. Use of Slangs and Lingo

There’s obviously a huge difference in the lingo used by both generations. While GenZ doesn’t seem to understand the ATBs (all the best) of Millennials, the latter are often left baffled at what ‘cheugy’ could possibly mean in GenZ lingo.

2. They have different spending habits

Millennials are infamous at splurging endlessly on branded things. We don’t mind getting our Starbucks or “investing” in some Chanel as long as it makes us feel fancy. On the other hand, GenZ has different spending habits and they aren’t obsessively brand-conscious like their older generation.

3. They use emojis differently

Millennials vs Gen Z use emojis very differently. Millennials use emojis for their intended purpose. But, GenZ has a very unique take on the use of emojis. For example, GenZ likes to use the ‘skull’ emoji to indicate laughing. The logic behind this according to them is that ‘something is so hilarious, you died’. Meanwhile, millennials use the ‘laughing’ emoji for something funny.

4. They don’t vibe on Harry Potter

Millennials grew up on Harry Potter and are still obsessed with it. We even have Harry Potter tattoos and an insane collection of merch that we like to show off. On the other hand, GenZ doesn’t understand this obsession with Harry Potter and they think it’s lame.

5. They use Social Media differently

Gen Z vs Millennials also use Social Media differently. As we are well aware, Millennials are guilty of showing off things that they don’t own on Instagram. They create an image that’s far removed from what their life is actually like. But GenZ is much more comfortable to show it like it is and don’t mind sharing about their lows as well as their highs. Unlike Millennials, GenZ doesn’t post a ton of happy selfies while being an emotional wreck on the inside. Also, GenZ hates millennial hashtags like MomLife, NomNomNom, and Adulting and think its ridiculous that Millennials post too many Food pictures.

So, these are 5 ways GenZ and Millennials are different from each other. But in more ways than one, GenZ and Millennials have a lot in common like their love for eating out, and the latest gadgets and technology. Also, both generations exist at a time when the struggle for free, universal healthcare is high and sustainability is the need of the hour. They do share a lot of struggles and interests and may not be so different from each other after all.

6 Tips to make Friends with Benefits a Success