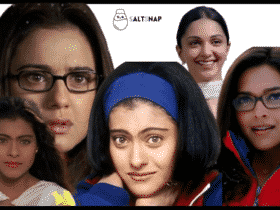 We are aware of the shahrukh khan movie list, his stardom, and his huge fan following. The King of Romance has been entertaining us and has been in the industry for a pretty long time. Shah Rukh Khan movies like Kuch Kuch Hota Hai still gives us nostalgia. But in recent times, we have seen that few of the srk movies haven’t been as successful as they used to be. Recently his new teaser has taken the Internet by storm. Pathaan is Shah Rukh Khan’s new upcoming project starring Deepika Padukone, and John Abraham in lead roles. Shah Rukh Khan was last seen in Zero which was released in 2018. Fans are excited about King Khan’s comeback. Check out the date announcement here, if you missed watching it:

Here are 5 Recent Shah Rukh Khan movies that bombed at the box office.

Raees was declared as a ‘semi-hit’ at the box office. Although it did make a decent amount of INR 131.65 Cr, his previous movies had seen much more success than this one. Meanwhile, this movie created a lot of buzz before its release due to Pakistani actress Mahira Khan. You can say that it didn’t live up to the expectations of the fans and critics.

This movie was a flop despite having an amazing cast. This movie had Anushka Sharma and Katrina Kaif in lead roles. It did have intriguing songs and we still vibe to them even today. However, the storyline wasn’t that satisfying and it didn’t receive love from the audience as well.

This movie also didn’t sit well well the audience. While the first half of the movie was entertaining, viewers were let down by the makers of the movie in the second half. Although Shah Rukhukh Khan delivered his performance really well and did a good job even in his double character, there was still something missing. The hype created before the movie release and later didn’t match quite well.

Imtiaz Ali directed this movie. It starred Anushka Sharma as the lead actress. While some loved the movie and felt that it was very heart-touching, others weren’t that happy with the storyline. It didn’t do well as expected at the box office like Sharukh Khan Movies usually do.

We are all fans of the OG movie “Dilwale Dulhania Le Jayenge“. Despite the movie being released in 1995, we still consider it as one of the greatest hits. Dilwale is considered a rip-off of this amazing movie. We got to see the iconic duo back together again, but the movie was a semi-hit and didn’t go as well as they expected it to.