KGF Chapter 2 is finally coming to theaters on the 14th of April and fans are awaiting it with bated breath. All the hype regarding the launch of the trailer culminated in an exclusive Trailer Launch event streamed Live from Bengaluru. Karan Johar hosted the event. The stars of the show Rocking Star Yash, Raveena Tandon, and Sanjay Dutt were seen answering questions at the press junket.

Watch the KGF 2 Trailer in 4 languages

We were treated to the KGF 2 Trailer released in Tamil, Telugu, Malayalam, and Kannada. Watch the Kannada Trailer here:

The Trailer of KGF Chapter 2 doesn’t disappoint and KGF fans are obviously in for a hell of a ride with the second chapter of the massively successful movie. We found plenty of of easter eggs in both the ‘Toofan’ song as well as the trailer release. Here are 5 easter eggs fans can look forward to in KGF Chapter 2:

1. Rocky empowers the people of Narachi:

The Toofan song opens with a Narachi miner talking about how Rocky empowered them with strength and courage. He then goes on to boldly issue a threat against anybody coming in Rocky’s way. From being downtrodden and at death’s doorstep at the concentration camp, looks like the residents of Narachi now stand behind Rocky as his army.

2. Rocky takes over as the true leader of Narachi:

Unlike its past rulers who were cruel and tortured the miners into extracting gold until the very life escaped from their bodies, looks like Rocky takes over as the true leader of the gold mines. We see him working together with them to extract gold and even eating food along with them. Unlike in the past when they starved into slavery.

Rocky’s love interest, the arrogant, spoiled, and beautiful Reena Desai, played by Srinidhi Shetty is seen at Narachi. She stands alongside him as he builds his empire on its soil. It appears as if she has abandoned her family to support him in his mission.

Adheera declares his claim over Narachi. He appears to be headed there with an army for an epic showdown and battle against Rocky. Sanjay Dutt in KGF Chapter 2 looks promising as the truly terrifying nemesis against Rocky.

5. Rocky finally fulfills his promise to his Mother:

It looks like Rocky has finally managed to keep up the promise to his mother of dying as a very rich man. We see in the trailer that he has become a very powerful businessman with all the gold underneath Narachi’s soil. 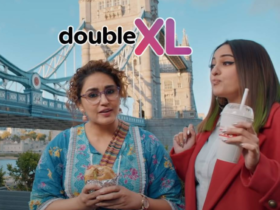 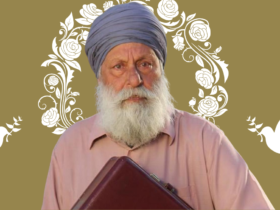 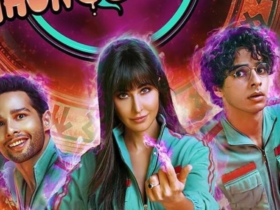