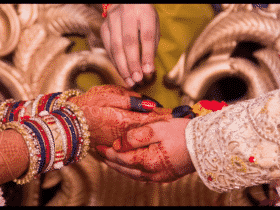 Minimum Age For Marriage Of Women In India Is Now 21, Proposal Cleared

Celebrity endorsements bring in a lot of money and fame, but a handful has landed celebrities in hot water. Also, many have end up becoming controversial products. When supporters question celebrities’ endorsements and the causes they support, they regularly become mired in controversy.

Akshay Kumar has endorsed a pan masala brand alongside Ajay Devgn and Shah Rukh Khan. The actor, who is a fitness fanatic, was chastised for his choice of brand. On social media, fans railed at the star and derided his endorsement choice. After a barrage of anger, Kumar eventually resorted to social media to apologise and disassociate himself from the brand.

However, Akshay Kumar isn’t the only celebrity to find himself in hot water as a result of a corporate endorsement.

Here are some actors that have received a lot of anger from their fans for promoting controversial products.

Bollywood’s ‘celebrities’ have been endorsing ‘pan masala items’ through surrogate products for a long time, and Saif Ali Khan is among them. In 2015, the Delhi government wrote to the actor, pleading with him to cease advertising the product.

Except for one very troublesome point, Aishwarya Rai Bachchan dressed up in the best Indian brand jewellery on a poster was a sight to behold. A dark-skinned slave boy held an umbrella over the fair-skinned Aishwarya in the advertisement. It was not only racist, but it was also casteist, given India’s past.

Shah Rukh Khan has also been criticised for his ties to the Fair and Handsome fairness cream. Additionally, he was mocked on the internet for appearing in many advertisements for a fair product.

Moreover, his fans were not at all happy with his choice of endorsing the product.

Amitabh Bachchan once quit endorsing Pepsi cold drinks after a schoolgirl inquired as to why he was endorsing something her parents and also teachers referred to as ‘poison.’

Madhuri Dixit made headlines a few years back when she was seen in a commercial for a 2-minute noodle company. The Uttarakhand Dish and Drug Administration had sent the actress a legal notice, seeking that she substantiate her claims in the advertising about the ‘nutrition value’ of the food. Moreover, PILs have also been filed against Preity Zinta and Amitabh Bachchan for their involvement in the product’s advertising. 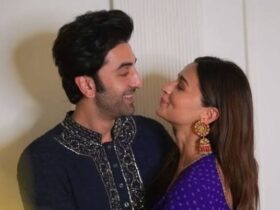